When it comes to taking care of your teeth and gums, there are a whole heap of unhelpful and downright harmful myths and misconceptions out there. While good oral hygiene can be achieved in a few simple minutes each day, the wrong techniques have the potential to cause irreversible damage.

Table of contents hide
Myth 1: Harder brushing = better cleaning
Myth 2: We don’t really need to floss anymore
Myth 3: Sugar-free gum can be chewed instead of brushing
Myth 4: If your gums bleed after flossing, stop flossing
Myth 5: Brushing well before seeing the dentist will fool them
Myth 6: Sugar is the main culprit behind cavities

The truth: Brushing too violently or with bristles that are too abrasive can actually erode the enamel on your teeth that helps protect them against cavities and decay. People often feel like they are doing a better job by brushing hard, but they are actually wearing away the protective enamel and even damaging their gums.

It’s always better to do a thorough job at a medium pace with a soft-bristled brush.

The truth: While flossing may have been removed from the US government’s Dietary Guidelines for Americans due to a lack of strong evidence behind it, most dentists still agree that we should be flossing every day.  There’s no getting around the fact that flossing helps get rid of food particles that can’t be reached by a toothbrush or rinsed away with water.

Myth 3: Sugar-free gum can be chewed instead of brushing

The truth: Lots of children (and probably a few adults) would be jumping for joy if this myth was true. While dentists have said that chewing sugar free gum can help protect teeth by increasing saliva production (which helps wash away enamel-eroding acids), it is not a replacement for brushing.

Brushing is still essential for removing the plaque from the surfaces of your teeth. You should always brush at least twice a day for 2 minutes.

Myth 4: If your gums bleed after flossing, stop flossing

The truth: The main reason why gums bleed after contact from flossing or hard bristles is because of inflammation. The inflammation occurs when bacteria and plaque become lodged in between places in our teeth we can’t reach with a brush.

This means that if anything, your gums are bleeding because you don’t floss enough. It’s normal to see some light bleeding when you first start flossing but the inflammation (and bleeding) will go away with time.

Myth 5: Brushing well before seeing the dentist will fool them

The truth: Fortunately, dentists are medical professionals and one good brushing session before seeing them won’t disguise weeks or months of neglect. Dentists can tell by looking at the hard tartar that forms around the teeth without regular brushing.

Dentists can quickly tell when a patient has been ignoring their mouths by simply looking at the level of inflammation and amount of tartar build up. At a certain point, the tartar can’t be removed by brushing and requires a professional clean by your dentists.

Myth 6: Sugar is the main culprit behind cavities

The truth: When we think of cavities, we normally picture sugary sweets as the primary contributor. While the sugars definitely aren’t good for your teeth, chips and crackers may be even worse for your teeth because the starchiness makes them stick to the teeth for longer. 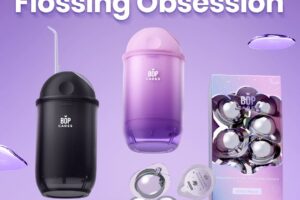 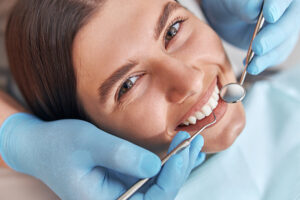 What You Can Expect From Smile Dental Clinic 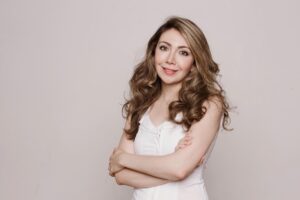 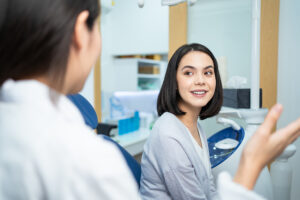 Sink your teeth into this! Top 3 Best Ways to Get Dental Advice Online